The Science Behind Slime 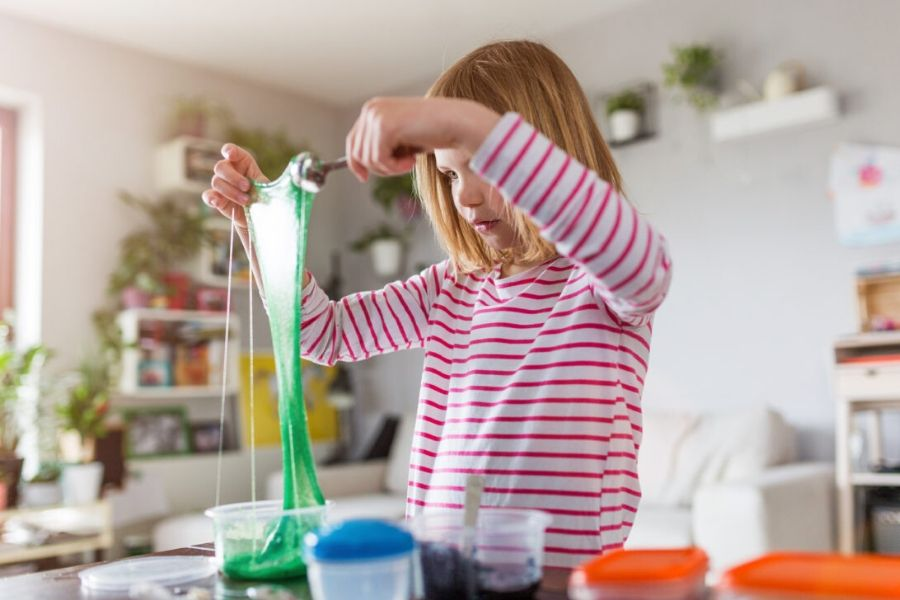 Just about all kids seem to love slime. STEM-loving and gifted kids might enjoy learning about the science behind slime as well. Whether it is unicorn slime, galaxy slime, fishbowl slime or fluffy slime, the basis of all slime is chemistry.

Is slime a solid or a liquid?

Slime is neither a solid nor a liquid! Slime is a non-Newtonian fluid, meaning it does not follow Newton’s law of viscosity. Newtonian fluids, like water, can only change from a liquid to a solid by affecting its temperature.

If ketchup and slime are both non-Newtonian fluids, why do they react differently to force?

Ketchup gets runnier when force is applied, while slime becomes more solid when squeezed. This is due to shear-thinning versus shear-thickening properties.

The science behind slime–it’s chemistry!

The key to slime’s consistency is polymers. What are polymers? The Greek origins of the word translate to “many parts.” A polymer is a long chain of molecules containing many repeated parts. Silk, wool, and DNA are all examples of polymers.

In slime, the glue is a polymer. The glue is made up of long chains of polyvinyl acetate molecules. Glue flows because these chains slide past each other somewhat easily.

The cross-linking process results in the polymer molecules no longer being able to move as easily, resulting in a thicker substance—slime!

Cross-linking does not create a solid because the borate ions connect the polymers together using weak ionic bonds. The bonds are strong enough to hold the slime together, but weak enough to make the slime easily moldable and not solid. These bonds break easily under pressure, giving slime its stretch. However, the bonds reform easily, allowing slime to be reshaped and molded.

Why does slime become harder when squeezed or stirred?

Slime becomes more solid when squeezed or stirred because of the cross-linking process. When you aren’t touching the slime, the particles coil up and the coils can easily slide over each other. But when you create pressure on the particles by squeezing or stirring slime, some of the coils unwind and get tangled—making it harder for the slime to flow. This is why slime rips when you try to pull it apart quickly.

Why does slime feel cold?

You’ve probably noticed that slime feels cool to the touch when you are making it. This is a sign of the chemical reaction taking place! When the polyvinyl acetate in glue combines with the borate ions from the activator (liquid starch, Borax, laundry detergent or contact solution), the chemical reaction absorbs heat energy. This is called an endothermic reaction.

Making slime is not only fun—it’s the perfect activity for teaching bright young minds science!

Interested in more STEAM activities for your child? The Summer Institute for the Gifted (SIG) offers 3-week programs for gifted students ages 5-17 with instruction in over 80 exciting courses in STEAM, humanities, and fitness. 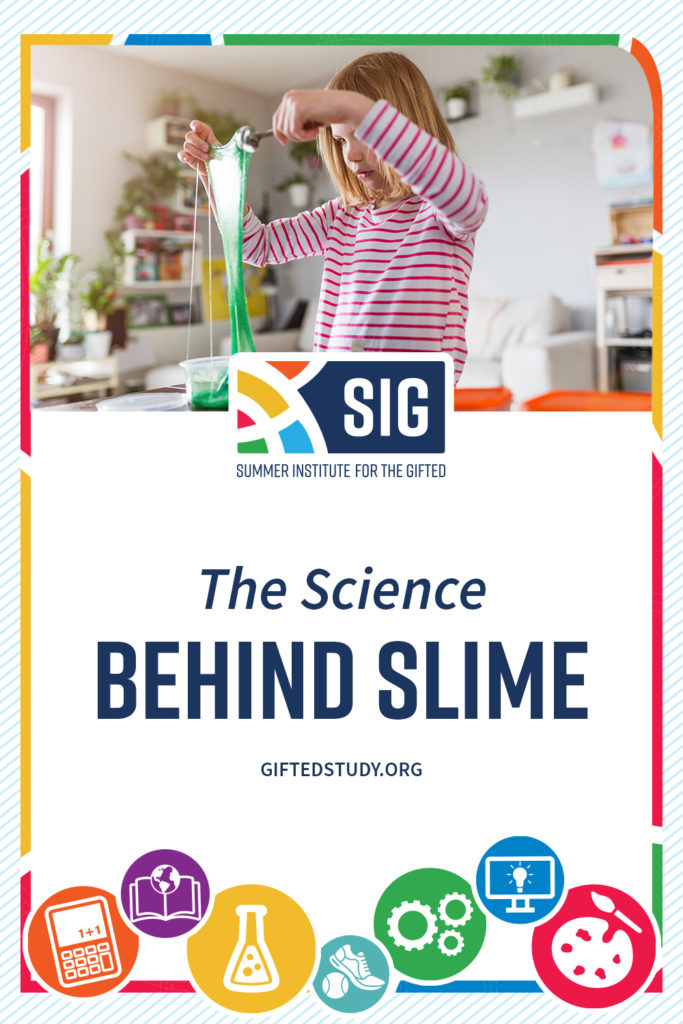